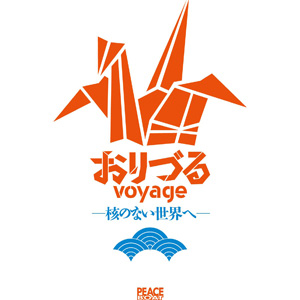 Survivors from Hiroshima and Nagasaki visit Peru Shimpo
The Hibakusha call for a world free of nuclear weapons during their visits to many countries.

The Hibakusha are suvivors that are admired and respected in the world, and are part of a group of travelers on Peace Boat. Yesterday morning, they started off their visits of Lima and Callao with a stop at the office of the Peru Shimpo daily newspaper.

They also observed the production of Peru Shimpo during the past 61 years, and stopped to read the new format of the paper.

“My wife was disturbed by the museum, a symbol of Hiroshima, and she didn’t allow me to take photos there,” he reported to the Hibakusha. “But the museum is impressive, because it allows one to understand the suffering of the victims of the atomic bombing,” he added.

Alfred Kato affirmed that having survivors from Hiroshima and Nagasaki travel the world on Peace Boat as part of a global voyage for a nuclear weapon-free world makes sense. He also pointed out that some U.S. Congress members state that their country should withdraw their military forces from Japan, “because they feel that the Japanese have to assume responsibility for their own security.”

Villa El Salvador
Yesterday afternoon, the Hibakusha had lunch in the Peruvian-Japanese Cultural Centre and afterward paid a visit to Villa El Salvador. Later that night, they returned to the ship to continue on with their voyage.

Their voyage with Peace Boat began on the 23rd of January of 2011, and they will return to Japan on the 18th of April, for a trip totalling 86 days. NGO Peace Boat has carried out the “Global Voyage for a Nuclear-Free World-Hibakusha Project” since 2008.

Thus far, 123 atomic bomb survivors have joined the project with the aim of travelling around the world to launch calls for a world free of nuclear weapons.

Survivor Testimonies [These are word-for-word the profiles, so won’t be translated here.]

Page 3:
Alfredo Kato, president of the board of directors, thanks the Hiroshima and Nagasaki survivors for their visit, and explains to them the objectives of Peru Shimpo.
Fukahori Akira (who was exposed to the nuclear bomb at the age of 15) now knows how the newspaper is formatted. Seen here with Alberto Kohatsu, director general of the paper.